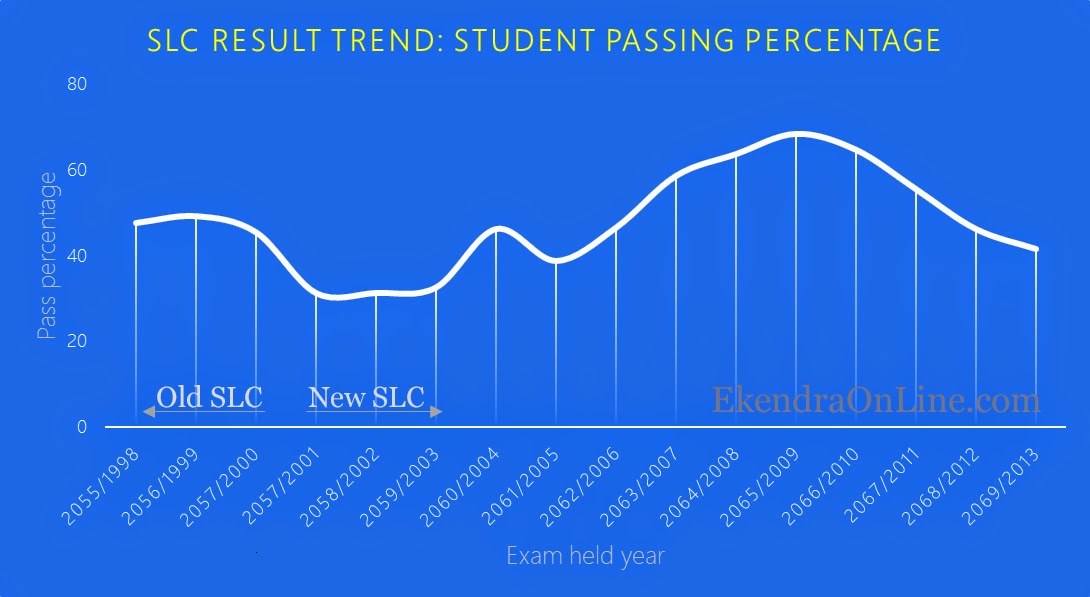 Many students around the world may not know what SLC means. For instance I had one friend from India who didn’t know what it was. So I was willing to write about it and let other students know what it means for Nepalese students.
In the context of Nepalese education system, School Leaving Certificate which is abbreviated as SLC occupies a very significant place. This is also taken as the transitional phase between the school life and the other higher educational life. This SLC examination is similar to other examinations but the difference is that the exams are conducted in different schools under the supervision of the teachers of other schools. Being the transitional phase, the students are forced and pressurized to do hard labor in their studies by teachers and the parents.
SLC examination is also taken as the “Iron Gate”, which symbolizes tough test to pass through. In addition to this, SLC is also taken as the gateway towards destination. As many Nepalese people who try to go abroad either to study or work require the minimum qualification of SLC, Nepalese students keep on attending this exam even if they fail every year until they finally get passed.
The SLC for this year has begun recently since 18th of March and is still going on. And according to the news, a man of 67 years old is still attending this exam to get passed. Basically it is the minimum requirement to enter in any field or hold any honorable job. Recently it is known that one must pass SLC even to go to foreign countries to work as a labour. As light creates the shadow, SLC has also created many problems. But then too, it has made the education system more systematic one.
That’s why SLC has a great value in Nepalese Education System.
(The graph is from http://ekendraonline.com/edu/slc-results-nepal-trends/)
投稿者 関昭典 時刻: 11:08 PM