On the second day, we had a chance to have a look at the countryside of Vietnam with so many eye-opening sights. Without the skyscrapers and crowded streets, the rural area seems so quiet and peaceful, but also very fascinating
At the Station, the weather was rather hot and humid, but it was soon forgotten because of our excitement when seeing the animals. It was actually scary and amusing at the same time when we got to see wild bears, monkeys, otters and many more animals for the first time. The keeper said that even though the animals here were being kept in a cage, they remain their wild nature, so that when the time was right, they could release the animals into the wild again.
After had visited Ben Duoc Temple to burn incense in commemoration of heroic martyrs, we headed straight to Cu Chi Tunnels, an immense network of connecting underground tunnels, which were the location of several military campaigns during the Vietnam War. The tunnels were used by Viet Cong soldiers as hiding spots during combat. When we get into the tunnels, it was quite dark and stuffy, some parts were so small that we had to crawl on our knees, but it was such an amazing experience!
Not only we got to know a little bit more about Vietnam and its culture, but our participants had also spent a great time together, we shared stories, played games and sang many songs.
Tomorrow is an important day ahead, so goodnight everyone! 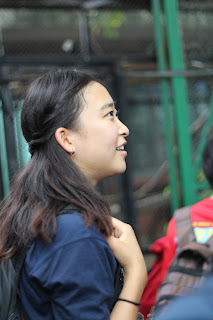 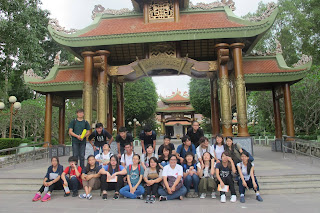 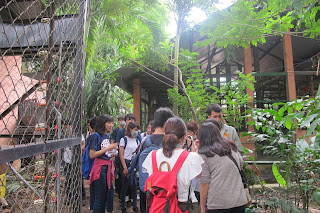