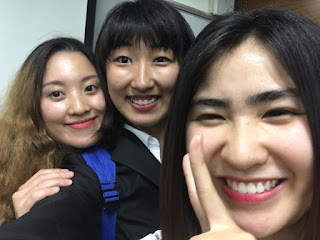 Hello everyone, my name is Thanh, I’m a final year student in Hoa Sen University. My major is Management in Restaurant.
When I first saw the hiring supporter attention of VJYE on Hoa Sen's Facebook, I just thought this could be a good mark for my Job application in the future. I wasn’t really exciting until the program started.
The first day I met the Japanese members I felt a little bit distance and nervous, because I didn’t know what should I do if we were misunderstanding or had nothing to talk to. Luckily, AAEE had created a lot of chances for both students’ sides to communicate. They are from Tokyo Keizai University and they were so friendly. Each of students had one to two bodies to take care. And my bodies are Mayuka and Kitwe was at the Trung Nguyen café and introduced to each other. Then we went on the city tour by walking.While walking, we talked a lot, we shared about each of our life. It was an interesting time! We visited the Ho Chi Minh post office, Notre Dame Catheral, the War Remnants Museum. We ate lunch at the Heritage. There were so many delicious food that we were too full. What's more, I made friends with all Japanese members, and gave Facebook contacts together.
The second day was the culture day. Student from both side had to have several variety of traditional performances. So I was in the Vietnamese dance group performing "Gam Hoa". After that was the Japanese performance. And I was very impressed by them. They were really talented. Some of them can play instrument very well, some of them can dance and so on. I felt a little of inferiority. But I overcame it because I was given the task to be the leader of the final dance performance for student from two sides. Due to the language distance, it was difficult to explain how to dance like this or line-up like that. Such a memorized experience ever! It was more difficult than I thought, because I had to explain how to dance like this and line up like that. So I just used all my body language and English. Fortunately, we did it very well.


The day and the following day, we did a lot of things together such as playing sports and games, studying. We also ate together, hang out and go shopping. 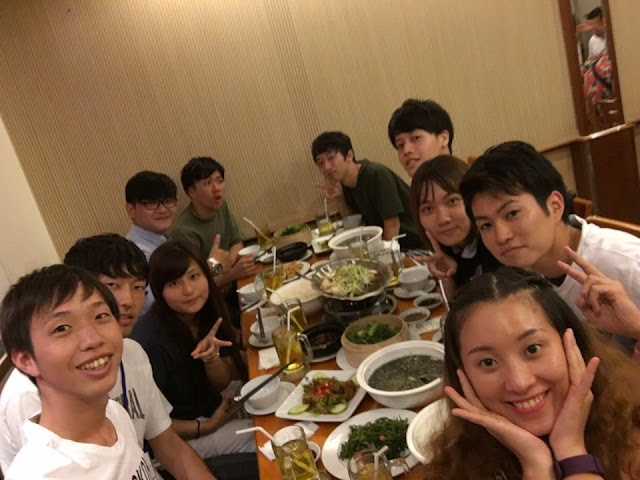