VJEP(Vietnam-Japan Exchange Project Aug. 2016) THROWBACK (7) - FAREWELL
"Thinking about wake up tomorrow and come back to my daily routine, I guess i'll miss you guys and our memories a lot. As strangers from the beginning, we went through many things together and now it's very hard to say goodbye" - One participant shared.
We had a small farewell party before the Japanese participants went back to their country. It was such an emotional night not only because it was the last night we spent together, but also because of some surprise that we have never expected. None of the Japanese students knew that they had had a buddy - a person who has secretly taken care of them ever since the journey began. And now they would have to guess who theirs buddy was

;)
The were laughter, there were tears, but most of all, it was indeed a great night. While watching video clips about the whole journey, we realized how far we have gone and how much we have changed in 2 weeks. Not only the relationship and the atmosphere between us changed day by day, but the changes also came within ourselves.
"I feel like there is no border, no gender differences, no gap between developing and developed countries, just one group of young people become friends. This program told me such a thing so strongly. And I appreciate this experience from the bottom of my heart." - One participant shared
The saddest part must be when we got to the airport and even though all of us knew that it was time to be apart, but we really don't want to let go of each other hands. We all wished that this moment could stay forever. Every journey has to come to an end, but as long as the memories lives in the heart, true friend will never part. 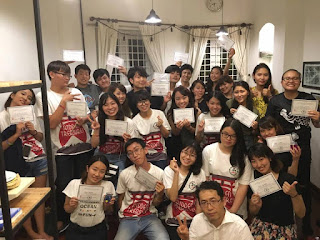 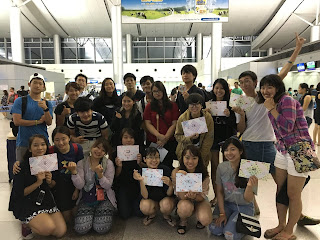 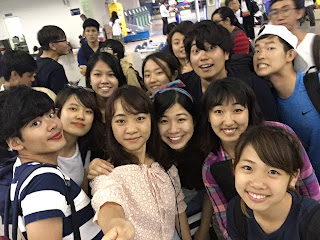